YOU may have been too scared to venture outside over the past few months, even for life’s basic necessities.

If you’re an expat, you’ve probably been holed up with another expat who may be starting to grate on your nerves a tad, especially if the conversation is limited to the price of Mercadona’s mince or your neighbours’ shocking disregard for social distancing.

What better time to throw off the COVID-19 shackles and launch into a conversation in another language, even if it does have to be at two metres distance from behind a surgical mask!

It’s never too late to start and Spaniards are generally very forgiving as long as you at least give it a shot.

From this moment on, you will no longer raise your voice in English when being misunderstood, but instead will calmly explain, ‘estoy aprendiendo español’.

Conversation-wise, the British have more in common with the Spanish than you might think – weather being a particularly hot topic.

And in Spain you shoot the breeze about exactly that.

The country has several different types of wind, including ‘poniente’ and ‘levante’.

Learn them and start up some stellar viento chat with your neighbours.

But with the spectacular sunshine at the moment, you can mix it up a bit and tell people just how much you are sweating.

“Estoy criando pollos,” was the brilliant phrase uttered by my exasperated Andalucian flatmate this week as he stumbled in from the heat.

It literally translates as ‘I am raising chickens’ and is used when it’s so hot that your clothes are sticking to you.

Of course, weather is just one way into a conversation, as is ‘trabajas o estudias?’ – a fairly lame expression you might hear at the bar.

But then again the key is having a go, and you have the opportunity to show up the holidaying Brits set to descend on these shores over the coming weeks.

After arriving with only hola and gracias two years ago I can now converse fairly comfortably with the police, the town hall and the bank.

These days I am taught by the wonderful Carola at Millinguals in Estepona, although I respect that not everyone can afford lessons.

The internet has a wealth of Spanish resources – listen to the Coffee Break Spanish and Duolingo podcasts to get your speaking up to scratch.

Now that shops have reopened, get a Spanish children’s book and for a more formal dose of español, read the Spanish papers.

There’s often a good classic Spanish film or two on TV at the weekend to pick up some old-school castellano.

TVE’s Españoles en el mundo is also an easy watch, while there is La Casa de Papel for drama, as well as Spain’s equivalents of Masterchef and First Dates for lighter viewing.

Get swatting up for summer! 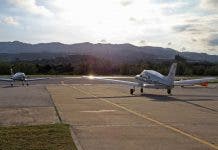