REMEMBRANCE Sunday services have become the latest event to be cancelled by coronavirus.

Due to take place on November 8, the service was scheduled to commemorate UK troupes lost in battle in the World Wars, but has since been called off.

Organised by the Royal Air Force Association Costa del Sol, the event usually begins with a parade and ceremonial wreath laying before a service at St George’s Church, Malaga.

“It is not possible or feasible because of the number of restrictions and
social distancing dictats to celebrate our usual service and to have our subsequent gathering at the War Graves,” said RAF acting chairman John Griggs.

It is not clear at this stage whether virtual remembrance services online will replace the cancelled memorial.

Remembrance Sunday takes place on the Sunday closest to the anniversary of the First World War, also known as Armistice Day, which took place on November 11 in 1918.

In the UK, Remembrance Sunday at the Cenotaph in London will be closed to the public for the first time.

Only the Royal Family and military dignitaries will be permitted to pay their respects at the monument. 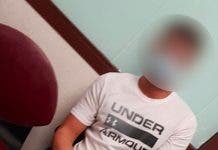 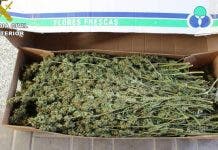 James Warren - 22 Oct, 2020 @ 12:00
A WANTED Brit has been arrested on Spain's Costa del Sol on suspicion of assault weapon charges as part of a nationwide...