Home Catalunya Barcelona Xavi introduced as new Barcelona coach to over 9,000 fans at the... 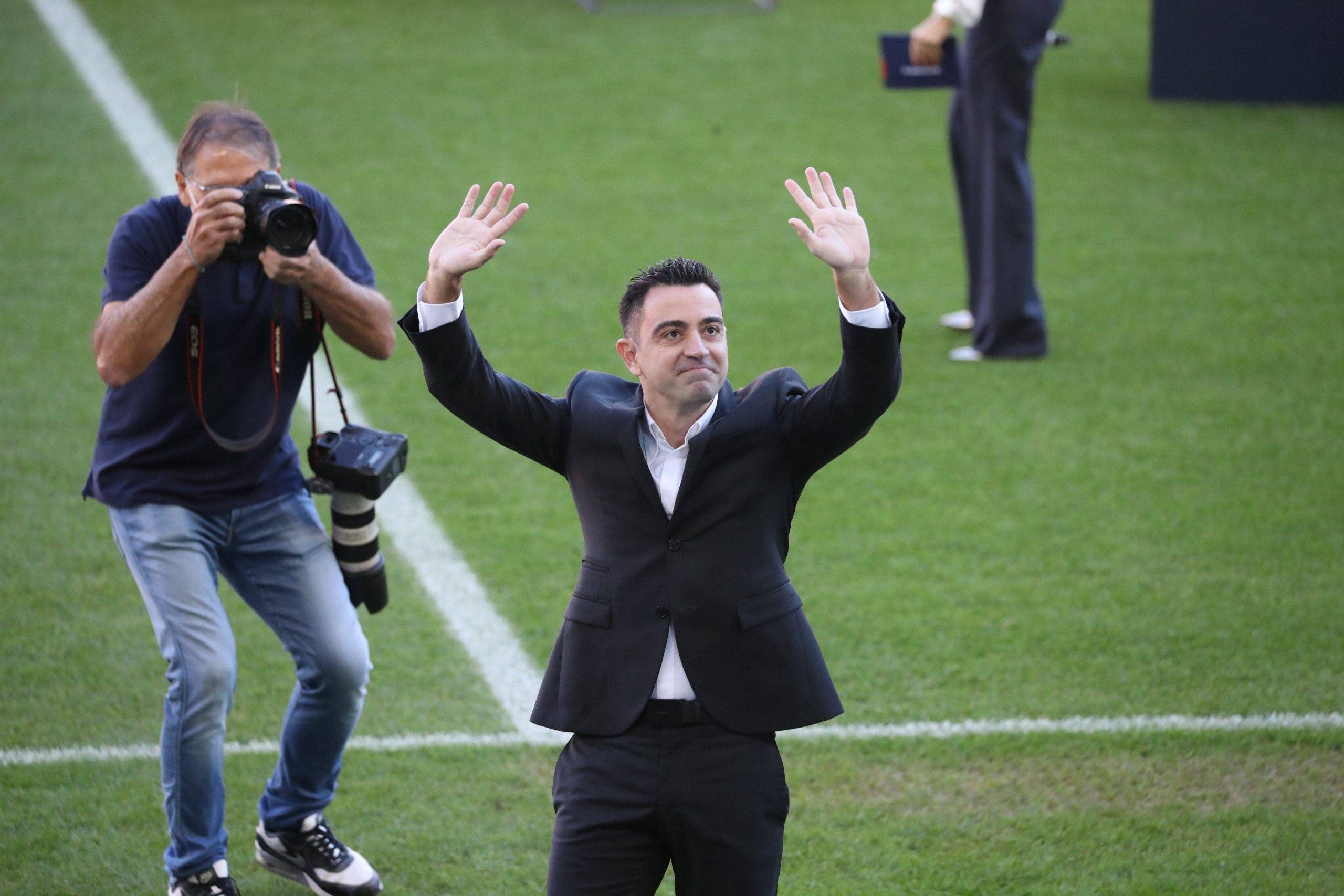 EX-BARCELONA player Xavi Hernadez was offically unveiled as the club’s new coach at the Nou Camp stadium this Monday.

He replaces Ronald Koeman, who was sacked at the end of October.

Xavi, 41, was released from his coaching contract with Qatari team, Al Sadd on Friday.

There have been suggestions that the debt-ridden La Liga side will have to pay up €5 million in compensation.

Over 9,000 Barca fans greeted Xavi, whose playing career at the Nou Camp ended in 2015 when he moved to Al Sadd as a player.

Flanked by his family and Barcelona president, Joan Laporta, Xavi said: “I will tell you one thing. We are the best club in the world.”

“We cannot accept defeats or draws. We have to win every game.”

“We need you,” Xavi told the fans.

“Especially during the bad moments. We are in a difficult situation as a club. We need you more than ever.”

Joan Laporta, said: “Today will go down as an historic day for Barcelona,” who took part in an on-pitch contract signing with Xavi.

Barcelona languish ninth in the La Liga table and threw away a three-nil lead at Celta Vigo on Saturday in a three-all draw.

There are suggestions that Xavi is looking for a big dressing-room clear out with established names like Gerard Piquet, Sergio Busquets and Jordi Alba set to go.

Some of those moves may be down to financial factors with the club over €1 billion in debt.

Xavi also revealed that former teammate, Lionel Messi, who left Barcelona in the summer, sent him a good luck message.

The fact that fans hold in such high esteem means that he’s likely to have a far longer ‘grace’ period than most other high-profile coaching appointments as the club tries to rebuild both on and off the field.

BACK OF THE NET!: El Classico Champions League semifinal between Barcelona and Real Madrid breaks attendance record for women’s game

Spanish Registration & Qualifications, Why are they so important?