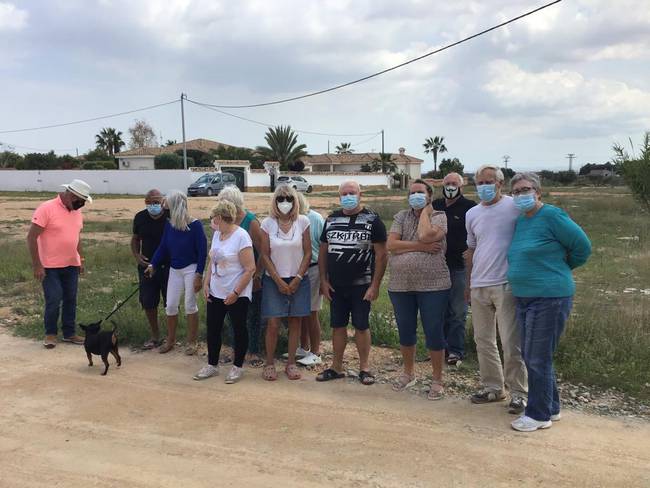 HOMEOWNERS in Gea y Truyois, south of Murcia City, are locked in a battle over unforeseen payment demands of up to €15,000 to finish off roads and link them up to basic utilities.

In a not uncommon scenario, the constructor went under having not obtained planning permission, meaning the properties were illegal.

Most of the mainly British home owners never got a deed to their new houses – some of which were built in 2002- due to their lack of legal status, despite assurances from Murcia City Council and solicitors that they were ‘legally sound’.

Solicitor Gerardo Vasquez said: “People bought their houses in good faith without knowing what was coming at them with a minimal supply of services.”

“Some of them have died without seeing this problem resolved,” added Vasquez.

Gea y Truyois resident, Tony Malpass, said fellow expats, especially elderly people ‘cannot support themselves’ and are caught in a trap as not having deeds means they will not get a lot of money for their properties if they decided to sell them and return to the UK.

Around 140 home owners are being supported by action group AUN Murcia formed over two years ago, as a branch of the successful AUN group in Andalucia.

They presented a petition to the authority last year demanding better services and legalisation, with the response appearing to be a big financial demand to get residents hooked up.

It’s another huge unexpected cost as over the last two decades, property owners spent up to €20,000 installing solar panels and getting access to filtered farm land water as their ‘illegal’ status meant they could not be hooked up to utility networks.

The Olive Press has contacted Murcia City Council for comment.