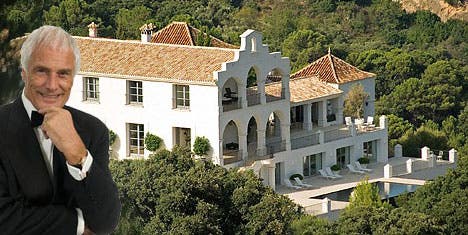 How Britain’s most famous Euro MP is making tens of thousands a week from his country palace, not to mention 5 euros a throw for a map and 25 euros for a high chair

HE makes a fortune from his jobs as an MEP, television pundit and from appearances on TV shows like I’m A Celebrity Get me out of Here.

A lover of gold watches and hundred-euro seats at the opera, it comes as something of a surprise then, that Robert Kilroy Silk is renting out his holiday home near Casares.

But for some 12,700 euros a week, the Olive Press has discovered, the 11-bedroom home can be yours for the taking.

And that doesn’t even include the extras. 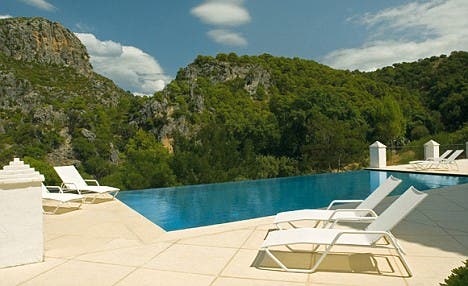 Among a staggering list of supplementary charges, including a £250 charge for air conditioning, £25 for a cot and £20 for a high chair, the controversial star is even charging £4 for a local map of Andalucia.

And don’t expect to get any heating in winter, or any cleaning for free. They are all extras as well.

Rented through a number of local agents, as well as well known international companies such as CV Travel, the beautiful converted olive mill boasts 150 acres of gardens and no less than two swimming pools.

One agent told the Olive Press: “He is renting it through us from April to October. He has been renting it for the last seven years.

“I think it has been a good earner for him. He also rents out other cottages in the grounds.”

Sitting in its own valley, surrounded by oak and pine woodland, the incredible home certainly has the touch of the Great Gatsby about it.

Extremely difficult to find, the cortijo is one of Andalucia’s most evocative retreats.

But it is what it contains that is perhaps so appropriate for the Costa del Sol.

As well as a fully fitted Bose sound system, it also boasts of having no less than nine televisions with five DVD players, as well as underfloor heating.

While only 10 minutes from the famed beaches of the Costa del Sol and just 15 miles to Gibraltar, the 150-acre estate is impossible to approach and harder to see.

With a mile-long drive, herds of goats and sheep and a jacuzzi and spa, it certainly takes some beating as a rural retreat. 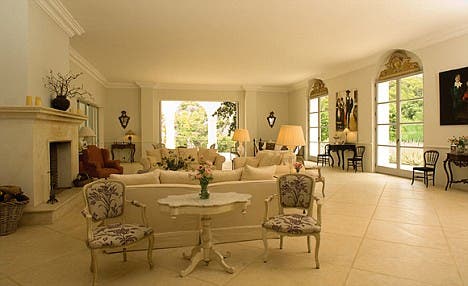 And with no bell or intercom, it is the perfect home for Kilroy Silk, who locally is known as being something of “a recluse”.

“He is a very private man,” said the agent. “He comes and goes when he pleases and there is no fixed pattern, except that he really keeps himself to himself.”

He is a regular visitor to the estate that has grown and grown over the last five years and everyone knows when he is in residence.

“The word goes around that his majesty is in attendence,” said a local expatriate Englishwoman, who has lived in the town for two decades.

“You see him driving around in his black Range Rover like he owns the place. A scowl on his face and barely stopping to talk to anyone.”

According to one of his neighbours, whose home is next to the estate, you know when he is in residence because of all the lights on in the house.

“All the lights are blaring away and there are lots of staff running around nervously,” she said. “His current group being largely Czech, but there are a few Spaniards working in the grounds.” 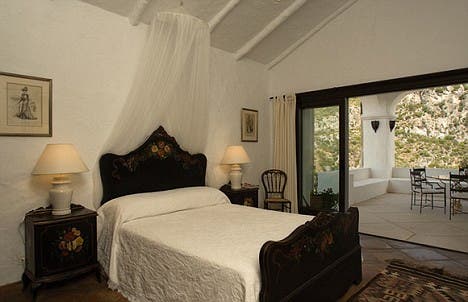 In terms of time spent at the villa, which is an hour from Malaga Airport, locals estimate that he comes about once a month.

“It is not every weekend… probably once a month,” said one. “But it is impossible to say for sure as he is so reclusive.

“One gets the impression that when he’s here he doesn’t go out. Just sits down there working on his tan and eating in.”

Local restaurant owner Christian Robson said he has certainly not been in his highly-rated eaterie Arroyo Hondo.

“We have had everyone over the last five years, but not Kilroy Silk strangely. But we hear he keeps himself to himself when he is here so fair enough.”

As for the estate itself, Kilroy Silk has certainly invested a lot of money in it over the years.

The old olive mill, that still has some of its original milling equipment, has been regularly added to.

“He is always building down there. Adding to it,” said another expatriate South African. “It is about three times bigger than it was and he must have spent a fortune.

“Given that he is such a Euro-sceptic it is odd that he is putting so much money into Spain. Perhaps being so close to Gibraltar brings him some security.”