MODEL Carla Bruni and Spain’s Princess Letizia made the steps leading up to Zarzuela Palace in Madrid resemble a catwalk this week.

The French First Lady and the wife of Spain’s Crown Prince Felipe were joining their husbands, who were having a day of talks.

Both wearing striking figure-hugging dresses – Leticia’s plum coloured number from Felipe Varela and Bruni’s from Christian Dior – quite clearly, neither wanted to be outdone. 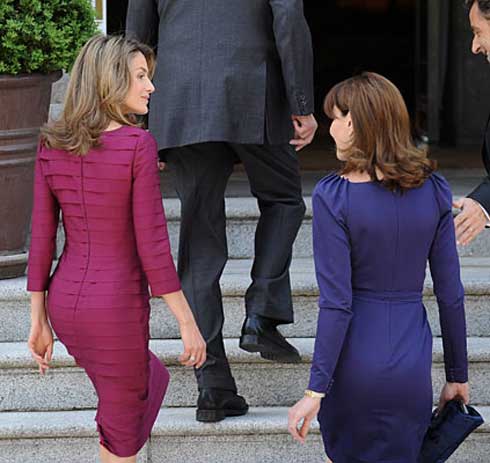 From behind, they both looked stunning, with the Olive Press voting Letizia a clear winner by a tiara. She later wore one, coincidentally, at a state banquet, as our picture above shows.