THE Spanish Royal Academy recently voted to change their word for “y,” now calling the penultimate letter ye rather than the former igriega.

The ye is the word used in most Latin American countries and the decision comes in an effort to maintain a more uniform Spanish language. Not all Jerezanos, however, plan to use this new word any time soon. Many have called the Academy’s decision everything from silly to insulting to downright dangerous. They’ve decried a loss of purity, mocked a hemisphere of adapted language, and clung fast to their Spanish roots. So opens the can-of-post-colonial language-worms.

The first Spaniards I asked about the change called it a trivial pursuit. They complained that the government was wasting money on formalities by reprinting documents in a time of crisis. They saw no reason for the decision and took a hard stance against such frivolities when Spain’s economy was struggling to employ its citizens. The mere discussion of it was a waste of language itself.

Other Jerezanos had a different argument and they did not lack the words or time to express it. These more linguistic-minded Spaniards saw the decision as an issue of purity, a purity that Spain was slowly losing. Many feared that minor changes would only preclude major changes until the Spanish of Spain was rendered unrecognizable. These self-proclaimed puristas vowed to never say the word yeand urged me to do the same.

The sticky bit came when many of these puristas expressed particular disgust with the idea of adjusting to Latin American Spanish. To them, the notion of accommodating what they considered a distorted version of their own language was laughable. It’s the Latin Americans who dirtied their tongue, why should Spaniards follow suit?

This opinion came as no surprise to me, as I often hear similar boasts that the only real Spanish is spoken in Spain. I’ve heard plenty of discussions regarding which city speaks the purist Spanish (survey says: Valladolid) and which region speaks the worst (Andalucia or Extremadura). Mexican (or American) Spanish is mocked on all fronts and anything west of Galicia is generally considered some other tongue.

To me, a United States English teacher here in Spain, this debate is increasingly pertinent. In the states, we learn the Spanish of whatever country our particular professor hails from. I have studied under Spaniards, Argentines, Mexicans, and Peruvians and my first language immersion came during a three-month stint working in Ecuador. After study and work in Spain, I would say I now speak very much like an Andalucian though some phrases still slip out that are very much American Spanish.

As for my “Americanised” English, it will not Britishize it.

Not only is my Spanish somewhat colonial, my English is of course completely American. As one of our faithful readers so astutely observed at the bottom of a previous entry, I neither write nor speak British English. This is largely because I am not from Great Britain (see blog title). I was not born, nor raised, nor educated there. Unless you count Gibraltar or Heathrow airport, I have never set foot on British soil. Yet, perhaps to the surprise of this linguistic vigilante, my words are listed and clearly defined in a proper dictionary. That of the UK may be ‘prohpa’ while mine is ‘prahperr,’ but that is neither here nor there.

For me, these small questions of post-colonial language are everywhere. I see them every day in the classroom, I talk about them with other teachers, and I consider them every time I sit down to write for this news source.

Of course the English debate and the Spanish debate are not altogether parallel. With English, the former colony is the odd man out. While Spain appears to be the last country using igriega, the United States is one of the few nations not employing the Queen’s English. If any country should change its language in the name of uniformity, perhaps it should be the United States. Perhaps I should add some u’s my words, start saying ‘trainers’ and employ the past participle a bit more.

Or perhaps it may be useful to turn to the words of the great contemporary British-Indian author, Salman Rushdie. This Cambridge educated, Mumbai born laureate and post-colonialism scholar once famously declared, “English is no longer an English language,” referring to the myriad versions spoken in the many former British colonies. Sure enough, there is American English, Australian English, Zimbabwean English, Pakistani English, Jamaican English and so on. Similarly, each Latin American country has its own version of Spanish with its own nuances and inflections. The Spanish of Spain is nothing like that of the Dominican Republic, and Argentine Spanish would never be mistaken for Mexican Spanish.

Each language is its own species, carefully evolved to fit the particular culture that speaks it. It is not a bar that must be reached, but a dynamic element that grows and adapts with every interaction. At any given moment language is a mechanism caught in evolution, sort of like humanity itself. A Spanish without Arabic words would fall flat on its face, as would an English void of any outside influence. Both have always been and will always be in constant flux, adjusting to best express the vast changes in their world.

The question then must be asked: Can these post-colonial languages still be called by the name of their originator? Is an international standard necessary? And is it ridiculous for Spain to follow the changes their former colonies have made to Spanish?

I, for one, will probably always say igriegaout of habit. Perhaps the ye will one day take over the “y” but it will be a gradual change in Spain, as evolutions often take eons and the environment must necessitate the changes. As for my “Americanised” English, it will not Britishize it. 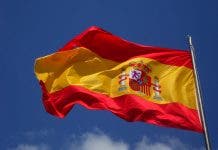