FURTHER to my earlier article here about Bits, Bytes and Binary I thought I would write an article explaining why you see strange mixtures of the numbers 0-9 and the letters A-F when you are dealing with computers. This is because of a thing called the hexadecimal system of counting.

Yes, I can hear Fred yawning.

In many situations when doing things to do with computers you tend to deal in long strings of the numbers 0-9 and the letters A-F. For example, when entering details of a product key when you purchase a piece of software or sometimes when entering a password for access to a wireless network.

Here is the reason why….

The article referenced above explained the binary (base 2) and decimal (our normal system – base 10) system of counting. It is probably worth refreshing your memory about binary before continuing to read this article.

If people working with computers always used the binary system we would have some very long numbers to deal with. For example, 11111111 in binary is the same as 255 in our normal decimal way of counting.

For this reason we, in the computer industry, use another system of counting called the hexadecimal system. As things to do with computers tend to deal with numbers to the power of 2 (e.g. 2, 4, 8, 16, 32, 64 etc.) it is probably obvious that computer people would pick 16 as a key number in the way we count.

Here is a repeat of the description of the decimal counting system from the earlier article.

According to one online dictionary definition the term ´hexadecimal´ was coined in the early 1960s to replace the earlier term ´sexadecimal´, which was too racy and amusing for stuffy IBM, and later adopted by the rest of the industry.

One side effect of the hexadecimal system is that I can pretend to be aged 34 if I count my age in hexadecimal. I feel much younger that way.

I hope this article was interesting to some of you and has explained why you see the numbers 0-9 and the letters A-F in various items to do with computers. 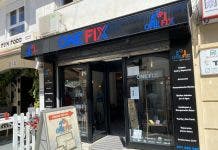 Stay connected with One FIX – solutions to all your tech problems 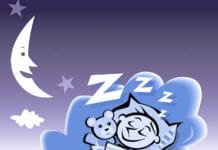 Classes for parents aim to combat fatigue in children

Computer theft could be linked to Arriate murder