LAST night we celebrated Burns Night in Almerimar. About 55-60 of us attended the meal at the El Espigon restaurant. This was at least the third time we have been to the event and we have enjoyed it every time.

I am sure the night was very similar to other events around the world with the haggis being piped into the room and various speeches.

Here in Almerimar they have a few other bits and pieces. One is always some form of sketch with at least two people playing the roles of old Scottish men having a conversation somewhere. One of which is Irene who does a lot of the organisation of the event and also does a passable impression of an old Scottish man.

A second thing is that each of the tables has to nominate a person to read a verse of poetry written by Burns. The star of the night this year was one of the Spanish people attending the event. He did a magnificent job of quoting the Burns poetry with a Spanish accent and received an ovation afterwards.

For me Burns Night shows the wide variety of people we have in our town. Both the yachting and the golfing communities were well represented. Also looking around the room I spotted people from Scotland, England, Ireland, Wales, Germany and Spain. There were probably a few from other mainland Europe countries as well. There were a few kids at the event and some attendees were close to or in their 80s. It is great that an old Scottish poet can bring together such a variety of people for a fun evening together.

An English doctor is being shown around a Scottish hospital. At the end of his visit, he is shown into a ward with a number of patients who show no obvious signs of injury.

The English doctor, somewhat taken aback, goes to the next patient, and immediately the patient launches into, ‘Some hae meat and canna eat, And some wad eat that want it.’

This continues with the next patient, ‘Wee sleekit cow’rin tim’rous beastie, O what a panic’s in thy breastie!’

‘Well,’ the English doctor mutters to his Scottish colleague, ‘I see you saved the psychiatric ward for the last.’

‘Oh no,’ the Scottish doctor corrected him, ‘this is the serious Burns unit.’ 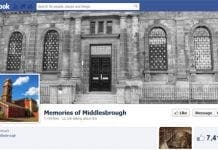