ON Saturday, 28 January, at the Fernando Hierro stadium in Velez-Malaga, a superb, physical and entertaining game of rugby was fought out between the great rivals of the Colts (U17s) of Malaga Rugby Club and Axarquia Rugby Club.

Fighting for fourth place in Group B in the Andalucian League this was a “must-win” game for both teams. The first half was played with speed and strength from both sides and whilst Axarquia had the lion’s share of possession, they could not convert their superiority into points and both teams went into the half time break, level at 0-0.

The second half continued in the same vein, with the superb defence of Malaga holding out against the increasing pressure from Axarquia. Into the last 15 minutes, Axarquia scored a try in the corner through some great back play but the try was disallowed and, instead, a penalty was given for an earlier infringement by Malaga – why the referee did not play advantage is still a mystery. Axarquia captain, Daniel Ward, converted the penalty to give Axarquia a 3-0 lead.

Axarquia continued to dominate and ran down the clock. With full-time up, Axarquia thought they had secured the victory but the referee played an astonishing 6 minutes of overtime for no obvious reason and, credit to Malaga, they kept playing and scored a try with the last play of the game to win 3-5. Malaga take away the four points for the win and Axarquia earn the bonus point for being defeated by less than seven points.

This was a great game of rugby, played by two great teams with great spirit and skill, both of whom deserve credit and congratulations for putting on a display of rugby rarely seen at this level. One seasoned supporter reckoned it was the best technical display of rugby that he has seen played at any level at the Fernando Hierro Stadium.

Axarquia Rugby Colts next play away against Gibraltar Rugby on the weekend of 11/12 February whilst the seniors play at home against Jaen next Saturday, 4 February at 17.00.

For more information on joining Axarquia Rugby Club or if you would like to sponsor the Axarquia teams, please ring Michael on 669 899 064 or 952 514 898. Training for Axarquia Rugby Club is held at the Fernando Hierro Stadium in Velez-Malaga every Tuesday and Thursday from 19.00 for the juniors and 20.30 for the seniors  all age groups welcome). 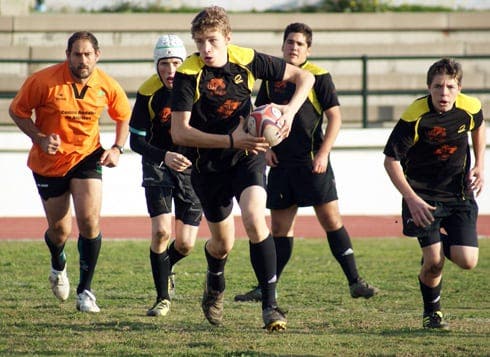 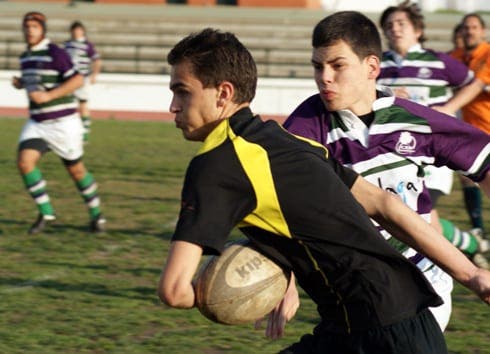 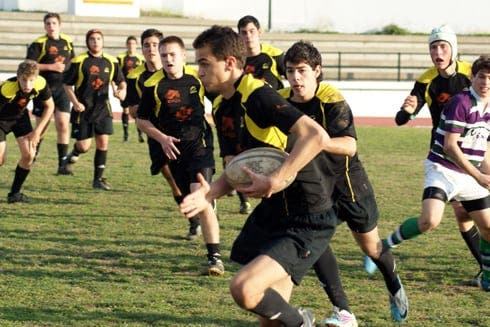