PROTEST groups and political parties are lining up against yet another horrific development scheme on the edge of Cabo de Gata natural park.

Ecologistas en Accion and the IU party have joined forces to fight the project that would see two golf courses, 1,500 homes and a hotel ‘megaproject’ built inside one of Europe’s driest regions.

So far 12,000 locals have signed a petition against the project that has been passed by Nijar town hall.

The development, in the Nazareno area, would allow for an extra 2,500 hotel beds in the area that sits inside a UNESCO Biosphere Reserve.

This comes despite the park rarely seeing its hotels at more than half full.

A report from Ecologistas en Accion with the Association of the Friends of the Cabo de Gata Park has called the plan ‘an aberration’ which lacks general interest.

A spokesman added that the project was socially and environmentally unjustified.

“This sort of development is merely speculative and clearly flies in the face of park laws and its protection,” he said.

The report says the scheme undermines environmental legislation, and violates the park’s classification as a UNESCO Biosphere Reserve, which it was awarded in 1997.

On the construction of a 27-hole golf course, the report says there is ‘no economic or social justification’ for its authorisation.

The authorities have only recently agreed to demolish a hotel, the Algorrobico, that was built illegally inside the park, just metres from the sea.

The hotel was able to get planning permission after planners managed to fraudulently change the development status of the virgin beach in question. 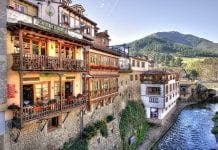 11 new villages make it onto Spain’s ‘most beautiful’ list 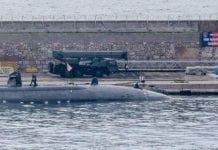