THE CEO of Spanish bank Santander has been given a jail sentence and banned from working as a banker for three months.

Saenz, 68, was found guilty of making false accusations against Banesto’s clients in the 90s when he was head of the bank, which is now part of Santander. 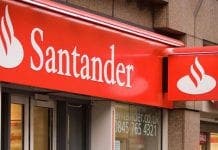