AXARQUIA Rugby Club have finished their season with a fantastic display winning the official 4th annual “Copa de Andalucia” on Sunday 15th May at the Fernando Hierro stadium in Velez-Malaga.

The annual triangular tournament involving the Axarquia Rugby club, Malaga Rugby Club and El Estrecho was played out in front of an impressive crowd of over 200 people and proved to be a great day of rugby and sportsmanship.

In the first game, El Estrecho and Malaga fought out a close game with Malaga winning by 14-12.

Axarquia Rugby entered the competition in the next game against El Estrecho winning comfortably 26-3 to set up a tantalizing final against their fiercest rivals, Malaga Rugby Club.

Celebrations went well on into the night.

Next weekend, the Colts team (U17’s) of Axarquia Rugby Club, play away against Motril Rugby Club, hoping to build on the end of season success of the whole club.

Training for Axarquia Rugby Club is held at the Fernando Hierro Stadium in Velez-Malaga every Tuesday and Thursday from 19.00 for the Juniors and 20.30 for the seniors (all age groups welcome). 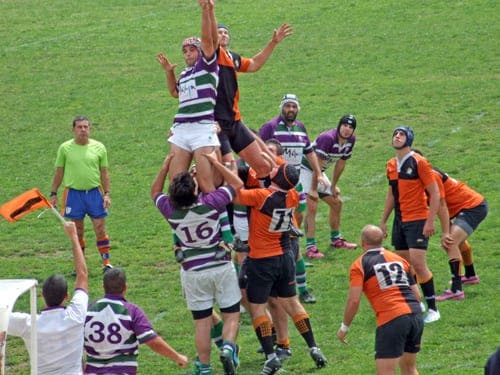 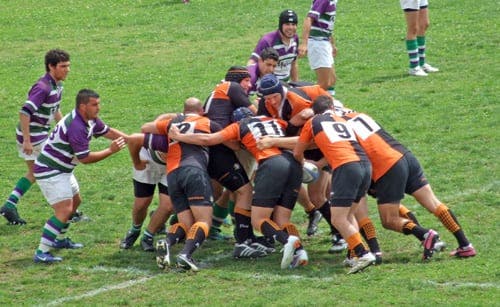