FOR men who get flustered in the crucial moment, a Spanish woman has invented an easy-on condom that will even benefit the blind.

Andalucian entrepreneur María Ángeles Machuca has added two disposable strips on either side of the condom to make safe sex that little bit simpler and less ‘boring’.

Machuca, who lives in Cadiz, spent three years working on her design, which has now been patented in Spain.

She believes there is a big future for the product which ‘besides being new and different’ is easy to use.

“The idea first occurred to a friend of mine. One day when we were chatting he told me he thought putting on a condom would be easier if they had two strips,” she said. “I thought it was a brilliant idea and began to develop it,” explained the 54-year-old.

The new design will make it much easier for many ‘such as the blind’ who will now simply have to open the packet and find the strips.

According to Machuca ‘over a million’ condoms have already been sold in the US and it has become the latest ‘star product’ in China. 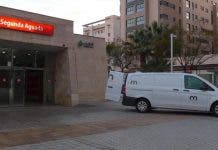