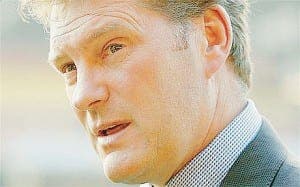 22 & 23 SCOTT ABBOTT AND CHRIS HANEY
The two Canadian journalists spent three months in Nerja where they invented Trivial Pursuit. An expat bar owner allegedly put up the money to make it a reality in the 1980s.

24 JOHN LENNON
The Beatles frontman wrote their massive hit Strawberry Fields Forever in Andalucia. The first demo of the track was actually recorded in Almeria, where Lennon lived for many months.

25 JAMES HUNT
Celebrated racing driver and bon viveur who spent much of his latter life ligging on the Costa del Sol.

His dog Oscar – trained to locate stray golf balls – became an honorary member of Aloha Golf Club ‘as he was better behaved than most of the golfers’.
Marbella nightclub ‘Oscars’ is also named after him.

The enterprise has provided jobs and income for the local economy for years. 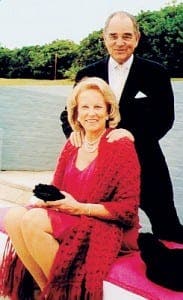 30 & 31 PRINCESS MARIE LOUISA OF PRUSSIA AND COUNT RUDI VON SCHONBURG
The couple were among the first to recognise the potential of Marbella and helped attract the rich and famous.

32 DAVID MARSHALL
Scottish sculptor first based in Benahavis (where he has a shop) and later in the Serrania de Ronda.

Internationally recognised for his work in bronze, stone and wood, Marshall divides his time between Ronda and Aspen.

33 MR GARLICK
The grandson of one of the English soldiers who remained in Spain following the war of liberation against France.

Garlick collected notes washed up by the sea and has helped numerous final wishes to be realised and insurance claims to be resolved.

34 DOLPH LUNDGREN
The Swedish actor, who starred in Rocky IV and various other Hollywood movies, now lives in Marbella where he is an official ‘Marbella Ambassador’, helping to promote the town around the world and attract visitors.

35 MELVIN VILLARROEL
Bolivian architect behind famous buildings such as the Puente Romano hotel, whose buildings carefully reflected the environment and prevented Marbella going the same way as other resorts like Benidorm and Torremolinos.

36 JESSICA SIMPSON
The first expat politician to lead a party and win a seat in the local council in Mojacar.

The Nottinghamshire-born politician is leader of the Mojacar Positiva Se Mueve party. 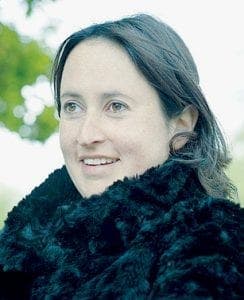 37 SOPHIE CRANSTON
Top London designer who is heavily influenced by Andalucia and set up her Libelula fashion label while living near Tarifa.

She employed local women and recently designed a dress for Kate Middleton.

38 JOHN FULTON
Spain’s first US matador who painted using the blood from dead bulls.
Fulton, who lived near Sevilla, won grudging respect in Spain and became the first American to be promoted to the highest rank in bullfighting.

39 GUY HUNTER-WATTS
Based for two decades in Ronda, Hunter-Watts has written many books on walking and hotels, including Walking in Andalucia and The Andalucian Coast to Coast Walk, as well as raising money for charity.

40 DON POHREN
The American author put Moron de la Frontera on the map with his book The Art of Flamenco, which brought people to the region.

He is the only non-Spaniard to receive the honour of ‘flamencologist’, by the Catedra de Flamencologia in Jerez.