BEE Gees singer Robin Gibb, 62, died last week after a harrowing battle with colon cancer that spread to his liver.

What makes his death especially tragic is that colon cancer is largely preventable with regular screening.

In fact, it’s the only form of cancer that can be both detected AND treated with a single screening test.

While there are several ways to check for colon cancer, the gold standard for early detection is a colonoscopy.

It’s the only cancer detection test that also prevents the disease by allowing doctors to find polyps and remove them, during the same test, before they turn into cancer.

To administer the test, a doctor uses a thin, flexible tube (called a colonoscope) with a small video camera attached to one end to examine the six-foot long colon.

If suspicious growths are found, they can be removed during the test for biopsy.

A similar test called sigmoidoscopy only checks one-third of the colon, so it can miss precancerous growths or cancer in areas not examined.

Many people put off having this lifesaving test because they dread the preparation, which typically involves eating a diet of clear food and taking laxatives for two days to clean out the colon.

Yet this relatively minor inconvenience could save many lives.

Studies show that colonoscopy is 60 to 90 per cent effective at preventing a killer disease.

The test itself is painless because colonoscopy patients receive sedatives during the procedure.

Meanwhile simple changes in your daily habits are the best protection against this killer disease.

A recent study by World Cancer Research Fund and American Institute for Cancer Research – one of the most comprehensive ever conducted – reported that if we ate more fibre, performed moderate
exercise and stayed lean, about 45 per cent of colon cancer cases would be prevented. 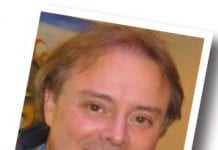 Blood pressure: How low is too low?

A pain in the leg