SHE has shown she is a big star on the Costa del Sol.

But 5’2” Desperate Housewives actress Eva Longoria looked even more petite than usual when she posed with a rather tall diner at Nikki Beach restaurant in Marbella.

Joined by fellow TV stars Amaury Nolasco and Terrence Howard for a bite to eat, the starlet smiled for the cameras with the jolly giant before heading to the 2012 Global Gift Gala.

Longoria has been in Andalucia to promote several charity events throughout the week and said she has missed Spain since visiting last year with Antonio Banderas.

In particular the 37-year-old star attended the Global Gift Gala to represent The Eva Longoria Foundation, one of the three beneficiaries of the evening at Aqwa Mist Club.

The annual event was attended by footballer Julio Baptista, model Maria Jose Suarez and many others in a bid to raise funds for children with cancer both locally and worldwide.

Longoria also took part in walk-a-thon charity race to raise money for developmentally-disabled children and tweeted: “Having so much fun at the walk here in Marbella for the @GlobalGiftGala. So many people today!”

The actress, who has recently split from singer Eduardo Cruz, was born to Mexican-Americans parents with her ancestors leaving Spain in 1603. 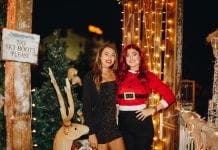 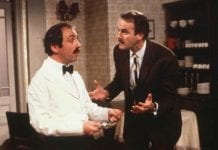 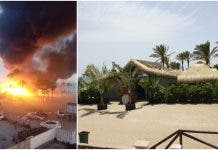