A BRITISH girl who has been missing for three months since visiting her father in Portugal could be in Spain, according to her mother.

Seven-year-old Giselle Candice Kelly Silva, known to her family as Ellie, went to visit her father Filipe Silva, 35, on July 15 and has not been allowed to contact her mother Candice Gannon, 27, since.

“The last time I spoke to her she seemed really frightened, like she was being told what to say. I have another little girl who wonders where her sister is, it’s really upsetting,” Gannon told the Olive Press.

“I gave him her British passport so they could go travelling in what was meant to be a two week holiday, he has contacts in Spain from sailing in Cadiz,” she added.

Gannon, originally from Cheltenham, is Ellie’s sole custodian and is growing increasingly worried for her child’s welfare.

Failing to return Ellie on July 31, Silva was ordered by a court to return her to her mother’s home in Maderia, but he failed to do so.

An arrest warrant has since been issued for Silva after police found no trace of the pair at his home.

Silva has disconnected his phone and left the address where he lived with his mother Ana Maria Nascimento in Vilmoura.

A ‘Schengen alert’ has also been issued for Ellie, alerting 25 other countries that she is missing.

The Olive Press has been unable to contact Silva directly and was told by his company, Mouragolf, that he will not be in contact with us and could not specify when he will return.

Anyone with information on the whereabouts of Ellie or her father should contact police immediately. 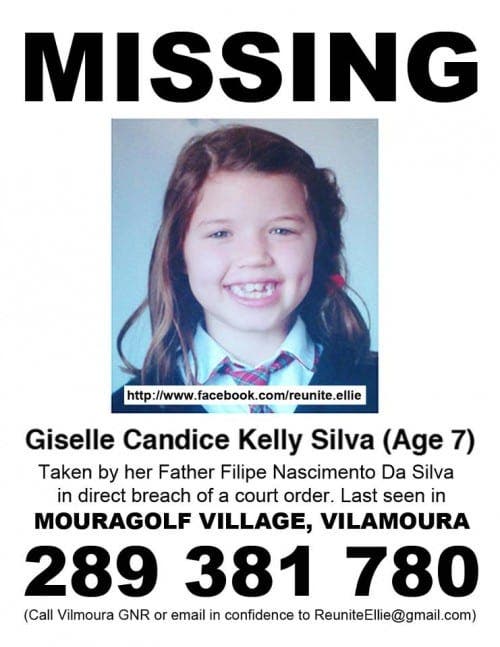