A CLASSICAL concert has raised over €500 for cancer charity Cudeca.

Bach & Blues was the first of a number of concerts to be promoted by Marbella-based company  MasElenco.

Director Michael Scott said that, while saddened that it was unable to raise more money, he considered the evening to be an overall success. 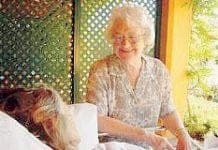 Cash in for Costa cancer charity