SPANISH police have seized seven properties in Marbella as part of an international investigation against former Egyptian president Hosni Mubarak.


The homes are part of €28 million of assets to be blocked in Spain, which also includes €18 million in investments in Spanish banks, two properties in Madrid and five luxury cars.

The seizure was carried out following a petition by the Egyptian government to block the assets of 130 people linked to the despot.

The 84-year-old, who ruled Egypt for three decades is serving a life sentence for failing to prevent the death of hundreds of protesters during 2013 Arab Spring uprising last year. 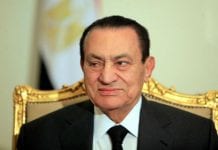