SIXTEEN youths will be prosecuted for the killing of a British man in June 2009.

Stephen Mallon, 49, died in hospital 11 days after he was brutally beaten and pushed over a four-meter high wall.

Allegedly, there was an argument inside La Estrella bar between Mallon, his two sons, three British friends, and sixteen Spanish youths.

The argument escalated and was taken outside the bar, where the accused beat the six British men and ultimately pushed Mallon over the wall.

His two sons were also injured. One was hit with an iron bar and consequently was diagnosed with post-traumatic stress disorder.

The accused, all between ages 18 and 25 and all from Competa, Canillas de Albaida and Archez, are charged with various crimes, the most serious of which is one 12- year sentence for homicide.

Two others are charged with causing injury with a dangerous instrument, and the other 13 face one-year prison sentences for brawling. 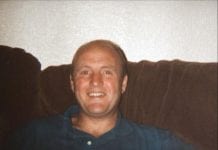 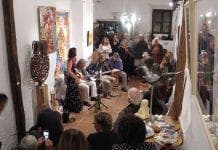