MALAGA courts have just released a man who had been falsely accused of drug trafficking.

The accused, identified only as J.M.H, spent six months in prison before he was able to successfully prove his innocence.

The nightmare began for J.M.H on February 13, when members of the Guardia Civil stopped his car as part of a routine vehicle check on a highway in Antequera.

In the trunk, they found four used car batteries filled with 3.655 grams of hashish. He was immediately accused and sent to jail.

But J.M.H had no idea he was carrying the drugs.

He was carrying the batteries as used goods to resell, and was just as surprised as the Guardia Civil to discover what they were hiding. 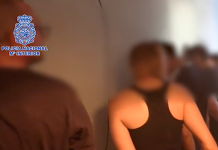