SPAIN’S Employment Ministry has published unemployment data for the month of July, giving the country one thing to smile about.

The figures are certainly encouraging, but as Prime Minister Rajoy made clear yesterday, the economy is “still not healthy, but it’s getting better.”

Rajoy began his speech yesterday on the so-called ‘Barcenas files’ with the promising data.

He stated Spain is “about to emerge from the recession, the first step to economic recovery.”

He also quoted another impressive statistic, saying that Spanish unemployment is being reduced at a rate of 2,250 per day.

Historically, employment data improves in the second and third quarters of the year due to increased hiring for Easter and summer. 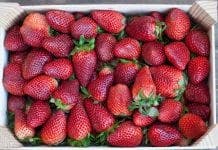