BRITISH expats are the inspiration for a brand new Spanish TV series.

The soap, being filmed by Antenna 3 on the Costa Blanca, will feature characters called ‘Margaret’ and ‘Susan’.

But it is not clear whether any British actors will be involved in the production, which will be aired only in Spanish.

The protagonist Margaret, is a Londoner who inherits a huge house in an inland part of the Alicante region.

After deciding to move to Spain a series of mysteries unravel. 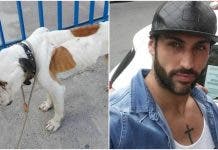