A NINE-year-old girl left with severe disabilities after contracting an infection at birth has been awarded compensation.

Andalucia Health Service was ordered to pay €600,000 in damages after the regional supreme court upheld an earlier ruling by a court in Sevilla.

Medical records from the time of birth show there was no doubt that there was a ‘causal relationship between the action of the health service and the damage caused’.

The court heard how the child’s disabilities could have been prevented if Virgen del Rocio hospital in Sevilla had followed protocol by testing for streptococcus.

A swift course of antibiotics ahead of birth could have prevented the child suffering from epilepsy, developmental disabilities, weakness to her right side and impaired vision. 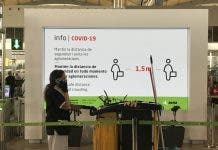