SPAIN may be officially out of recession but growth is likely to remain at too low a level to create jobs for a long time to come.

The Bank of Spain announced the country´s GDP rose 0.1% in the third quarter of the year, following nine consecutive quarters of declining output.

Economic growth was driven largely by an uptick in exports, as domestic demand remained subdued.

But while analysts welcomed the news, they warned the country was still in bad shape, and the marginal growth was nowhere near enough to ease the country´s 26% unemployment rate.

Federico Steinberg, an economist at Madrid think tank Real Instituto Elcano, told the Financial Times: “This is good news. But we should not be enthusiastic because we still have much to do on the reform front.

“We still need to increase our competitiveness, we need to ensure that credit starts flowing again, we need further adjustments in the labout market and we have to improve education research and development and regulation.”

Quarterly jobs data is due from the Office of National Statistics in the next few days.

Many worry that the recent improvement in monthly jobs data are the result of seasonal hiring in the tourism industry, something which drops off at the end of September. 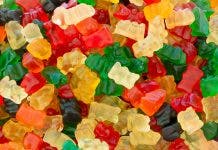