A RECENT survey by the UK’s leading online real-estate portal, Rightmove, found that Spain has overtaken France as the place most British buyers will look to purchase a second home in the future.

Rightmove Overseas, the popular website’s specialised foreign property section, surveyed more than 3,000 people last autumn to find out where they are planning to buy abroad, and their reasons for doing so.

One of the goals of the poll was to understand prospective buyers’ motivation when acquiring a property overseas. The results revealed that more than half (51%) of all potential purchases would be for use as a second home, while over a third (36%) of respondents intended to move to their new home abroad permanently, and the remainder (13%) were buying for investment purposes.

France continued to be first in the rankings for those planning to emigrate, ahead of Spain, Greece, Cyprus, and Italy. Many of those planning on starting a new life abroad said they chose the UK’s European neighbours, rather than destinations further afield, like Australia, Canada, and the US, to stay closer to family and friends.

But, when it comes to choosing somewhere they would like to own a second home, Spain led the rankings for the most in-demand destination. The UK’s traditional favourite, France, still accounted for 23% of the total, but Spain was 37% of respondents first choice for where they would be looking for a place in the sun.

Shameem Golamy, head of overseas at Rightmove, said: “Spain has always been a popular location for buyers and this report, coupled with being the most popular search, shows it’s set to become even more popular. As well as people looking for a place for their perfect holiday home, there are also those looking to buy as an investment due to the number of rental opportunities buying a property out there will bring.”

According to another survey by Rightmove Overseas, published last November, Spain also came out top of the list of countries in which British property investors would choose to buy in 2014,, ahead of the US, France, Greece, and Italy.

Spain’s combination of climate, culture, cuisine and close proximity to the UK, with many destinations on the coast and inland served by short flights with low-cost airlines, helped put the nation in first place. And price reductions of up to 50%, compared to the market-high in 2007, have certainly attracted investors. Rightmove Overseas register an average 500,000 searches a month for the Costa Blanca and Costa del Sol, alone. 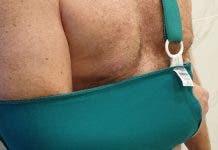 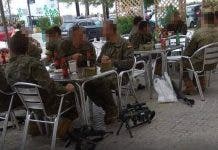