THERE have been some ingenious ways to smuggle people into Europe.

But this young African pushed himself to the limit by hiding in a suitcase, carried across the Spanish border between Melilla and Morocco by a friend this week.

He was discovered after border police noticed his friend struggling with the weight of the big blue suitcase.

When asked if he had anything to declare, he ran off.

Border guards found the embarrassed 19-year-old from Mali inside.
He and the 38-year-old Moroccan man, who is a resident of Catalunya, have been put in custody.

“It is the first time we have come an attempt like this,” said a police spokesman. 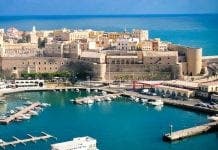