BANCO Santander has been fined €16.9 million for giving insufficient information to bond buyers before the financial crisis.

Spain’s biggest bank was deemed to have committed a ‘very grave infraction’ by the market regulator, CNMV.

The Eurozone’s biggest lender sold €7 billion of its convertible bonds in 2007 to fund its purchase of Dutch financial group ABN Amro.

But the financial crisis sent Santander’s shares plummeting, which translated into huge losses for investors.

By the time the bonds were exchanged into shares in 2012, the stock had plummeted to around half its value.

It led to investors at Santander’s annual shareholder meeting had called on executives to provide redress.

Santander denies any wrongdoing and has announced it will appeal.

The fine came on the same day as Jaime Botín, the younger brother of Emilio Botin, the executive chairman of Santander, was fined another €500,000 for not fully disclosing his holdings in Spanish retail bank Bankinter.

Spanish journalist and TV presenter, Sandra Barneda, fined for walking her dog too far from her home and then clashing with police 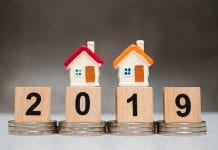 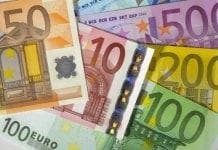 The Impact of Brexit On the Euro