DEBATE is raging over whether the legal drinking age in Spain should be raised from 18 to 21, after the PP representative in a commission on drug use proposed the change.

Joaquin Villanova’s proposal has sparked opinions and in a poll by Spanish daily El Mundo, 62% voted in favour of increasing the drinking age.

Children currently begin drinking at 13.7 years, according to data from the Foundation Against Drug Addiction (FAD).

The Ministry of Health has been quick to announce that Villanova’s proposal is not a bill.

“The positive thing is that this has revealed a concern about a serious problem,” said  Ignacio Calderon, director of the FAD.

“It’s good that there is movement in this regard, but if  the legal age is currently 18  while in reality it starts at 13 , what is the point in changing it to 21?” 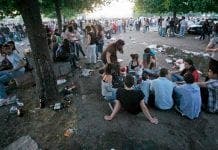 Parents of underage boozers to be handed fines in Spain 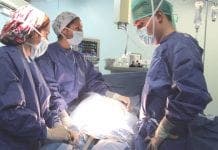