MICHELIN-starred cuisine is coming to the unlikely setting of Calahonda next month with the opening of a new bistro.

Chris Oakes – once described as the ‘most controlled of the modern chefs’ – is opening a small bistro The Twilight Bar in the El Zoco centre.

The West Country chef, who previously worked at London’s Claridges and had his own Michelin-starred chef The Castle in Gloucestershire, opens his new venture next month.

A well known chef in British circles, in a 1986 book Great British Chefs, Oakes was described as cooking food that was incredibly ‘innovative’.

His dishes included duck served with the skin and fat and a dish of red mullet with braised onion and rosti – Oakes’ signature dish.

Previous to moving to the Costa del Sol, Oakes enjoyed a spell at the lauded 80-bedroom Stafford Hotel in London. He was also once head chef at Cambridge University’s Trinity College.

His partner in the venture is globetrotting chef Leighton Curtis who has worked as head chef at the Ritz-Carlton in the Cayman Islands, as well as in Australia.

Leighton told the Olive Press: “We have been all over the world, cooking in Michelin-starred restaurants and hotels and decided that we wanted to do something on a smaller scale.

“We waited until we found this location, which is perfect with just 36 covers.

“We’ve brought a few dishes out of America and a few out of France,” he added. 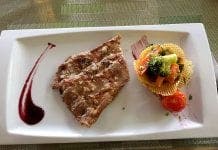 Feast for foodies on the Costa de la Luz 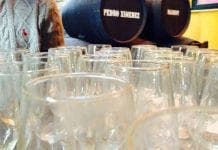 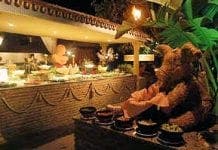