SPAIN is the most pro-gay country in the world, according to a new ‘global morality’ survey.

Just 6% of the country’s population thinks that being gay is immoral, while 55% described it as ‘morally acceptable’, and 38% deemed it ‘not a moral issue’.

These results make Spain the most accepting of homosexuality of all 40 countries that took part in the global morality poll carried out by Pew Research Centre.

Other countries that came out best in the survey are Germany, where 8% think being gay is ‘morally unacceptable’, Canada, with 15%, and Italy, with 19%.

In 22 of the countries surveyed, however, more than 50% of the population thinks being gay is morally wrong.

In Ghana, where homosexual men can face a jail sentence of up to 25 years, a staggering 98% of the population thinks that being gay is immoral.

The Global Views on Morality survey also examined national attitudes towards issues such as extramarital affairs, abortion and underage sex. 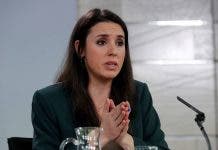