ONE word I am never happy with when it comes to advising clients is ‘watertight’.

I even recently heard of a firm called Watertight Legal.

Let’s now focus on how non-watertight certain contracts can be, in particular consumer contracts.

Spanish contract law operates the principle of ‘libertad de contratación’. This means that parties to contracts are allowed to agree on the terms of a contract so long as they do not violate public policy, ethics/morals or the consumers’ rights, and they conform to special legislation that may exist pertaining to the activity i.e. banking, insurance etc.

Surprisingly, employing the best lawyers to draw up contracts is sometimes a recipe for disaster: banks, insurance companies and other large operators have found out, to their horror, that contracts drawn up by the most expensive law firms their money can pay are riddled with loop-holes, like a Swiss cheese.

The examples below come to show what can happen with supposedly watertight contracts (and terms), when challenged in Court:

Madrid Court rules that eight clauses in a contract with Ryanair must be removed because they are unfair, such as charging €40 for a boarding pass (October 23 2013).

Costa Cruceros, the cruise liner operator (and owner of the infamous Costa Concordia) agreed to remove seven clauses from its contracts.

In my experience it is everyday practice – and not some lawyer’s intuition, excessive self-belief in his abilities or the firm he works for – that will help identify clauses (or even contracts) prone to be successfully challenged. That, and articles 82-90 of the Consumer Protection Act that has blacklisted no less than 30 unfair contract terms. 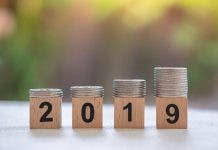