USING only a placard to hide her modesty, the girlfriend of Real Madrid footballer Cristiano Ronaldo caused a social media uproar.

Russian model Irina Shayk, 28, uploaded the pouting photo of herself on Facebook and Instagram, following the abduction of 276 schoolgirls in Nigeria last month.

Posing with a placard showing the campaign slogan #BringBackOurGirls, the insensitive photo has landed Shayk in hot water.

Hundreds accused her of exploiting the suffering of the girls and their families.

Facebook user Jeremy Gregory said: “Using a cause as horrible as the kidnapping and making it about you is messed up.”

However, in response to the outraged comments, Shayk replied: “A tiger doesn’t lose sleep over the opinion of a sheep.” 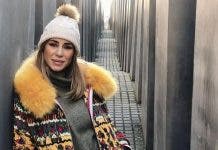 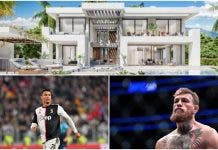 Air Nostrum to resume inter-island flights in Spain’s Balearic Islands from MAY 24 as government promises to stop ‘abusive’...