A NEW drug has rocked the medical world after seemingly curing a man of skin cancer.

Doctors say trials of the drug Pembrolizumab are ‘jaw-dropping’ and could help fight other forms of cancer.

The ‘immunotherapy’ drug was tested on melanoma patients because their survival rates are so low.

It works by allowing the immune system to attack cancer cells as normal.

One-year survival rates for skin cancer are just 10% for men and 35% for women, but in the trial of 411 patients, 69% were still alive one year after starting immunotherapy treatment.

The ‘cured’ patient – a 40-year-old British man – has seen his tumours almost vanish with no sign of returning after six months of treatment.

The treatment, which will be now trialed in Spain as well, was administered at the Royal Free Hospital in North London.

“Pembrolizumab looks like it has potential to be a paradigm shift for cancer therapy and is firmly helping to establish immunotherapy as one of the most exciting and promising treatment modalities in recent years,” said his consultant, Dr David Chao. 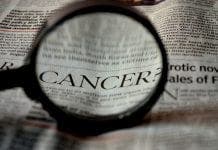 Melanoma on the march in Spain says top dermatologist, as half of 65-year-olds suffer cancer 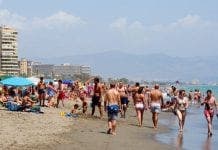 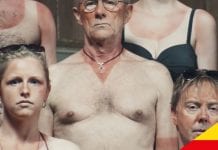