SPAIN’S Supreme Court has reopened the largest trial ever seen in Andalucia.

Marbella’s infamous Malaya case – which saw 94 people tried over two years – has made its way up to Spain’s Supreme Court, as the appeals got underway this week.

A total of 52 different appeals have been lodged by the accused, the Prosecutors’ Office, the Junta and the State department.

In many cases the prosecution is asking for an increase in the sentencing.

The Malaya case centres around the laundering of €2.4 billion via Marbella Town Hall – including bribery, embezzlement and influence peddling.

A corruption crackdown saw almost two thirds of Marbella’s councillors hauled in, as well as a series of well-known construction and real estate bosses.

The scale of the corruption proved so pervasive that control of Marbella Town Hall had to be temporarily handed over to a caretaker administration appointed by the Junta until local elections could take place in 2007.

Judge Jose Godino spent 14 months deliberating the case, before handing down a total of 29 years to the accused in October 2013.

While the public and press dubbed them light, considering the severity of the corruption, the majority of those convicted are appealing the decision.

Appeals are predicted to be a lengthy process, unless the Supreme Court decides to simply throw them all out, or increase the sentences. 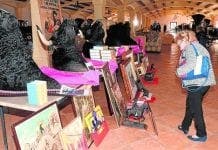 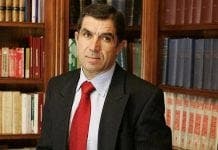 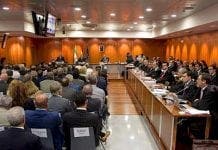