DESPITE being one of the world’s cheapest holiday destinations, Spain is also one of the countries visitors moan about most.

As the world’s favourite holiday hotspot for Brits, perhaps it’s unsurprising that Spain came fifth in the list of countries producing the most getaway gripes.

But the most highly-criticised tourist experience is not even a country, according to the UK’s largest travel law firm, Irwin Mitchell.

Cruise ships topped the list for the fourth consecutive year, with a shocking 27% of complaints lodged with the firm in 2013.

Most of the complaints relate to health, hygiene and food standards, according to Suki Chhokar, a partner in the International Personal Injury law team.

“Unfortunately, the same issues, such as poor food preparation and storage and unclean swimming pools, are responsible for the majority of illness cases we deal with,” she added. 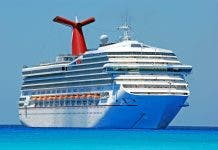