IT’S not a town, nor a village… and it’s definitely not a city. However, it boasts five championship golf courses, a top equestrian centre, a marina to rival Puerto Banus and a world-renowned Polo tournament.

Throw in miles of beautiful beach and a teeming nature reserve and you have the unique world of Sotogrande.

This upscale resort is in fact an urbanisation – run by the NH Hotels Group – that has become the largest and most exclusive privately-owned residential development in Andalucia.

Wedged between the Rock of Gibraltar and the foothills of the Sierra Almenara and sliced in two (Alto and Costa) by the coastal highway, Sotogrande is a world of its own.

It is an epicentre of wealth and sport, with the likes of Tony Blair and ‘Fergie’, the Duchess of York, known to spend time there, the latter owning a house nearby.

“Sotogrande is excellent for all of the family, it’s relaxed but there is so much to do, especially the polo and sailing,” explained Lorenc, owner of the Hairy Lemon bar, the port’s certified British expat hub.

The former chef and his wife Liz have now opened up The Lemon restaurant next-door, the perfect place to people watch while tucking into delicious, fresh food.

“We love the community feel here, everyone is very friendly and chatty. We used to come here on holiday but five years ago made the permanent move,” he added.

The resort is an undoubted haven of high-end sporting activity, with 11 polo fields and, of course, the International Summer Tournament (see page 23).

Stand-up paddle boarding has also been making a splash – or not, preferably – in the Guadiaro river estuary. This ancient method of travel, used by Polynesians to travel from island to island, is half surfing, half sailing and great fun.

“It’s the perfect location for paddle boarding here, beautiful scenery right next to the beach and it’s far less than windy than Tarifa where we are based,” explained Chris Ziaja, project manager.I went down and tested my balance on a board one Friday evening, sampling everything from yoga to the intense work out and the fun race, getting extremely wet but having great fun.

Perhaps the best way to see the beautiful scenery of the Guadiaro river and estuary is kayaking and while kitesurfing conditions are some of the best in Spain, snorkelling with the Real Club Maritimo de Sotogrande is also very popular.

However, there is no doubt as to the main water sport. Passion for sailing is almost synonymous with Sotogrande, the schools offer training from novice to expert and visitors flock here from across Europe.

The sparkling port in itself is a thing of beauty, bathed in sunlight and immaculately kept.

Just as its multi-millionaire founder Joseph McMicking promised in 1962 when he bought five fincas to create the ultimate family sports resort, Sotogrande has ‘matured like a good Camembert’.

There is even a nature reserve in the river estuary, an ornithologist’s paradise crossed by a rickety board walk (see page 24).

Away from the wetland, Porsches are quite a common sight. Thankfully, they are kept quiet by the speed bumps, preserving the quiet serenity of birdsong and the sound of running water.

Classy bars and restaurants abound in the port, with everything from outdoor sports venues to top-of-the-range dining experiences available.

On Sunday mornings the port comes alive with its (up) market, selling chic hippy clothing and the best pepper grinders this side of Harrods, creating a ‘Covent-Garden vibe’ in the Spanish sun.

Sotogrande’s high-end boutiques are great places to offload money, with everything from the latest designer collections to children’s clothing and accessories.

“It’s like an oasis of calm, apart from August when all the people from Madrid descend on the port for their summer holiday,” said expat Anita Kemp, who owns a second home there.

“I love it because it is very safe, smart and relaxed, and also easy to get to with all of the nearby airports.”

Sotogrande’s second polo club). The CEO Joseph McMicking sent Enrique Zobel – the founding father of polo in Sotogrande – to scout for land to realise his dream resort. Zobel’s brief was to find an estate with good travel links and ‘an abundance of water’.

Gibraltar was the only ‘good travel link’ at this time and so Sotogrande’s early settlers – wealthy families from the Philippines, Belgium, Austria and France in the main – flew in via London.

In the early years they had to make their own fun, taking it in turn to throw lavish house parties. Soon the cream of European aristocracy was summering in Sotogrande, alongside the Domecq (sherry) and the Ford families. The Spanish arrived en masse after 1969 when Gibraltar was cut off by Franco’s border closure.

In the seventies, to attract the professional middle class and correct the estate’s ailing balance sheet, Sotogrande opened its multi-coloured port. It has never looked back.

The beaches are a huge draw as well. Playa Sotogrande at the front of the estate, is 2km long, and playa Guadalquiton – its bigger, less accessible but more tranquil brother – lies to the west of Sotogrande estate.

The Cucurucho beach club is a favourite of Sotogrande residents and tourists, where curiosities include 7,000 metres of sunbathing lawn and a pool shower resembling a TV aerial struck by lightning. The club is also famous for its annual Children’s Olympics.

The fishing village of Torreguadiaro – with beautiful beaches and one of the coast’s best tapas restaurants, Brasamar – is Sotogrande’s neighbour.

Many residents also head inland for the off -resort shops in Pueblo Nuevo, which is steadily drawing more and more expats with its traditional charm and great location. 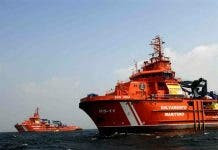 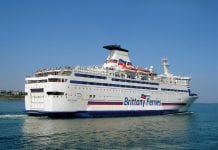 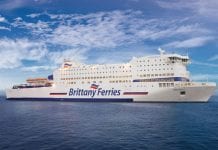 ALL ABOARD: First EVER ferry link between Ireland and Spain announced

Laurence Dollimore (Digital Editor) - 27 Nov, 2020 @ 18:53
SPAIN has registered 10,853 new coronavirus cases Friday in another sign the transmission of the disease is decreasing.