DESPITE millions of euros in public funding, nine of Spain’s political organisations have gone bankrupt.

The spent-up groups with more than €1 million in debt include: the United Left, which has a €13.1 million debt; the Democratic Union of Catalunya, with a €12.4 million debt; Catalan group Convergence and Union, €9.2 million; the Galician Nationalist Bloc, €3.7 million and the Initiative for Catalunya Greens who owe €3.1 million.

PSOE and PP – although still afloat – have both faced criticism for irresponsible spending, after blowing more than the public funds they receive. 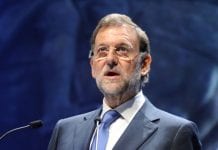