ANDALUCIA has become one of Hollywood’s favourite new movie location as yet another major epic gets ready to roll in the region.

Sets are currently being assembled in Almeria for Clavius, a biblical thriller starring British actor Joseph Fiennes, famous for his role as the Bard in the Oscar-winning Shakespeare in Love, opposite Gwyneth Paltrow and Dame Judi Dench.

A parking lot – overshadowed by the city’s spectacular Alcazaba castle – has been chosen as the primary site for the film, with other scenes being shot in Malta.

Shooting will begin in October under the watchful eye of American director Kevin Reynolds, creator of Robin Hood: Prince of Thieves.

Clavius is the second biblical epic to be shot in Almeria this year, following Ridley Scott’s Exodus: Gods and Kings, starring Christian Bale and Joel Edgerton, which shot in the Spring.

Hugely popular HBO television series Game of Thrones is also due to begin filming in Sevilla – representing the Kingdom of Dorne – before the end of the year. 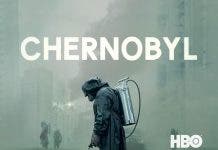 Spanish costume company that worked on hit HBO series, Chernobyl, donates wardrobe from the show to hospitals and care homes in the fight against...