THE hidden dock from which Christopher Columbus set sail for the New World in 1492 has been discovered by a team of archaeologists in Huelva, shedding light on one of history’s most important chapters.

After excavating the land for two months, the archaeologists from Huelva University believe they have unearthed the port in the town of Palos de la Frontera where Columbus allegedly recruited sailors for his American voyage.

With the help of the Palos de la Frontera Town Hall, they also discovered the remains of a potter’s workshop, an inn and a tavern – suggesting that La Fontanilla port was once a vibrant point of trade.

Leading the excavation project Juan Manuel Campos said: “The reef was the port’s customs area, and it was the place where Columbus negotiated and made the arrangements necessary for the success of his historic voyage.

“This is the most satisfying discovery we have ever made.”

Researchers had suspected the port was located in the area since 1992, but it hasn’t been until now – 22 years later – that they have been able to prove their suspicions.

Excavation work will continue for another week, after which researchers will examine the ‘thousands and thousands of articles’ already found.

The discovery came just one week after an American explorer claimed to have found Columbus’ lost flagship – the Santa Maria – off the northern coast of Haiti, only for the UN cultural agency to dismiss the claim. 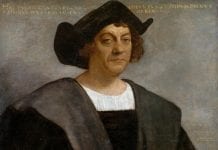 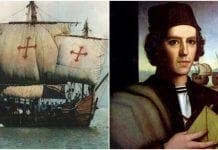