THE government has set up a special committee to deal with the handling of the Ebola situation in Spain.

Scientific advisers will support the committee in tackling the potential outbreak.

A Spanish nurse was admitted to hospital on Monday, with the virus, in the first case outside West Africa.

Teresa Romero Ramos contracted the virus after being part of the nursing team to treat a repatriated priest, who died four days after arriving back in Spain. 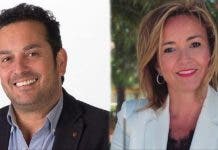