A BRITISH musician who has rubbed shoulders with Jimi Hendrix, Eric Clapton and Rod Stewart is selling his luxury Puerto Banus home.

Harvey Platt – the brother of music promoter Howard Platt – has put stunning Villa Montana on the market for €1.7 million.

Platt, who started playing bass at the age of 16 in Norwich, spent most of his teenage years at the family’s R’n’B club, the Orford Arms, hanging out with a string of Britain’s musical greats.

“My brother booked loads of great acts before they got famous,” Platt, 69, told the Olive Press.

“He got Eric Clapton down here hundreds of times, and Rod Stewart used to come down to Norwich a lot too.

“My band always used to play support for them all. I very clearly remember getting up on stage with Jimmy Page when I was about 18, but that was long before his Led Zeppelin days,” he said.

“I laid out a giant Scalextric set in the beer cellar of the club and all the bands would come and play to fill the hours before their sets.”

Platt’s music career later took him all over the world, from the UK to Bangkok to entertain the American troops during the Vietnam War, and then on to Hong Kong where he ran a recording studio.

Platt eventually moved to Marbella in 2001, where he ran Yanx American restaurant for six years.

“We filled the restaurant with a rock and roll influence and with lots of memorabilia I’ve collected over the years. We were always getting loads of compliments for the music,” he added.

Built in 2006, the luxury five-bed villa is a Florida-style, open plan home with panoramic views extending as far as Africa.

Just eight minutes drive from Puerto Banus, it is ideally located and just minutes from some of the best golf courses on the coast. 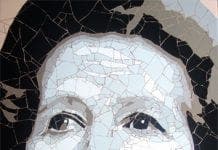 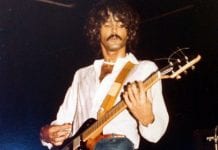