A NEW campaign cracking down on ‘abroad fraud’ in Spain has been launched by the UK department for work and pensions.

New and improved methods are in place to target Britons who have moved to Spain and cheat the benefits system using multiple identities and assets.

Briton Peter Fisher was given a suspended sentence of 15 months imprisonment this July after being found guilty of claiming benefits while living in Spain, despite working in both countries. He also owned undeclared property in Spain.

While another, 74-year-old Dennis Troubridge, was jailed for 16 months in September. He had been living in Murcia since 2009 but had claimed €170,000 in benefits from the UK during that time, with the assistance of his daughter Poppy Bowling.

She was sentenced to a Community Order for 12 months after providing her address in Dagenham as a benefit claim address for her father.

In both cases, the benefit thieves had been claiming Income Support, Pension Credit and Housing Benefits, all of which cannot be claimed when living abroad.

For further information on benefits you can receive while living abroad please visit https://www.gov.uk/living-in-spain#state-pensions 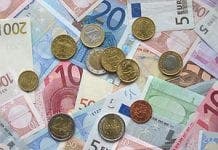 UK dole claimants in Spain: looking for jobs, or just ‘sunning themselves’?