PORTUGAL is demanding payment from 300,000 drivers, mostly from Huelva and Galicia, for overdue electronic toll fees estimated at €80 million.

Payment issues have arisen due to the way Via Verde road tolls and their payments are set up on Portuguese roads, which have been made particularly complicated since 2011 when the government introduced four new electronic highway tolls.

These are not only expensive but also complicated to pay, there are no barriers so cars pass through an arch system while cameras read and snap pictures of the license plates to automatically deduct payment.

It is a system installed to help with the financial hole the state-owned Estradas de Portugal company, which manages Portuguese roads, is suffering from but that has been abused.

Payment has to be made by either buying (€27,5) or renting an electronic device to be placed on windshields or by purchasing fixed rate prepaid cards online, at post offices, airports and some services areas near the border.

Police have blacklisted cars that regularly fail to pay the tolls and keep a lookout for them near the border in order to collect their permanent address.

The President of the association of carriers FeTRAM, Fernando Teijeiro, said: “I am not justifying non-payment, but one must ask if there is an alternative to the toll road.

“Entering through Zamora, or Galicia, or Chaves, or Badajoz or by Ayamonte, there isn’t one, so the principle of free movement in the European Community is violated.”

Tourism between Huelva and Portugal has decreased by 50% on both sides since the tolls have been put in place. 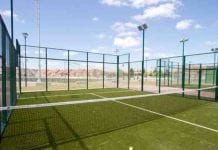 Laurence Dollimore (Digital Editor) - 23 Oct, 2020 @ 22:36
THE Junta de Andalucia has announced it will close the borders of Granada city and 32 of its municipalities due to coronavirus....