THE violent ‘clown craze’ which swept through France appears to have arrived in Spain.

Many people have been arrested in France after dressing up as clowns, carrying weapons and even attacking passers by at night.

Spain’s self-styled ‘Gijonclown’ – who has almost 10,000 followers on Instagram – is the latest manifestation of the social media-driven phenomenon and is tormenting people in Gijon, northern Spain.

Described by one witness who saw the clown in the early hours of the morning as being ‘unarmed’ but acting in a ‘sinister’ fashion the prankster has been spotted many times but as of yet has caused no harm. 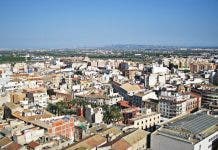