A RIDING school for disabled children and more than 40 homes could be seized in a ‘land grab’ scheme.

The owners of the 40-year-old school have now joined with dozens of other expats and Spanish locals to fight the new urban plan for the hillside area of Churriana, near Malaga.

Under the urban scheme thousands of euros are being sought from the owners inside the 260,000 km2 area.

The money will be put towards infrastructure costs for the project, that will see 470 new homes being built.

Failure to pay could lead to the town hall seizing homes, fear residents.

“If we can’t afford it, they will take our property and sell it to raise the money,” Briton Sally Harrison, 63, told the Olive Press at a meeting of nearly 60 homeowners.

Her family has been ordered to pay €200,000 in order to keep two homes and their neighbouring Hipica Internacional riding school, that they have owned since the 1980s.

“It has to be against human rights that they can make you pay that much money for an infrastructure that you don’t want and can’t afford,” said Harrison, owner of Axarquia Properties.

She insists they cannot afford to pay to keep their 12,000 m² estate and insists they will be forced to shut the school, one of the leading disabled riding facilities in Spain.

“If we are forced to leave our home there will be no-one here to fight for the school and the whole enterprise will be doomed,” she added.

The so-called plan partial includes three new roads going straight through the middle of Harrison’s finca, which is home to hundreds of protected Algarrobo trees and countless wildlife.

The residents are currently in the process of getting the environment department on board to help protect the area.

“But all these processes take so long and we have such a limited time to get our appeal together,” continued Harrison.

Another homeowner Swedish-born Gigi Sunderman Lorichs, 68, said: “A lot of the owners are elderly, who live humbly on their pensions.

“There’s no way they can afford the money. We came to the countryside to live in peace but that now seems impossible.”

Sergio Brenes, the PSOE Councillor for Urbanismo in Malaga, who also attended the residents’ meeting, said: “If I was one of the owners on this hill, I would be doing everything I could to fight the decision.”

The PP boss of Urbanismo at the town hall, Francisco Pomares – who has not yet met with the residents’ group – insisted he was unable to halt the scheme.

However he has said the town hall will attempt to ‘release the homeowners from having to pay the charges’.

The residents now have just three months to appeal against the decisions of the town hall. 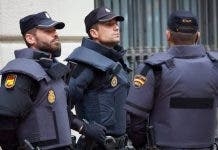 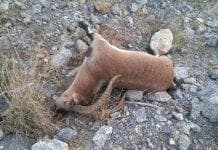 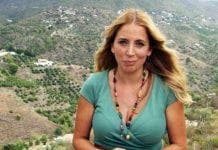 Place in the Sun films in the Axarquia

Terrorising puppy, overeating and a growing wine dependency – week one of coronavirus lockdown in Spain and it ain’t...