THE cathedral tower and the brackets of the Christmas lights peaked out of the thick fog that had descended on Salamanca. We strolled through the plaza past the enormous red frame of this year’s Christmas spectacular, which by day looked like a large hamster ball, but by night was a big, beautiful Christmas decoration that illuminated the entire square.

We followed the long stretch of cobbles through one of the ancient archways, and stopped outside a window where we contemplated the wooden phallic keychains and the two-dozen plastic farm animals. Is this Spanish? I asked my flatmate. She shook her head.

It was Saturday and three days before I was due to fly back home for the Christmas holidays. We had decided to hit the shops and I had made it my mission to find something uniquely Spanish to take home to my family. The hoards of tourist shops that lined the streets before the plaza seemed like a logical place to start.

You could get your mother a frog. My flatmate suggested. We looked at the tray of ceramic frog doctors, busty frog nurses, freckled frog school children, a frog judge… The frog had become a symbol of Salamanca since the image had been carved into the door of the University nearly five hundred years ago, and apparently those who find it will get good luck. I wasn’t feeling very lucky at this point and I thought back to the first time I had been taken to the university door. I searched for the best part of fifteen minutes before giving up, and when it was finally pointed out to me, time had worn it down to more of a fat chicken wing than a lucky amphibian.

I looked into a glass cabinet full of swords and tried to imagine myself waddling through customs with the blade stuffed down my trouser leg. I stroked the smooth black back of the bull on the table and thought about my house full of vegetarians. Then I looked at the big red dresses, the delicate colourful fans that were sprawled against the wall, magnets in the shapes of paella dishes, and I took a blow to the forehead from some hanging castanets. All these things said España but said too little about it.

We entered a shop where the big plastic cow in the window was well equipped with an umbrella. This is something that the shopkeepers take care to change daily, and it reflects the quirky nature of the objects inside as well as the weather outside. It’s impossible to categorise the stock, but I can tell you there are a number of practical things like notebooks, pens, bags, purses, toys, but they are all uniquely decorated with strange cartoons or funny expressions. It’s a great little shop and I when I came back out onto the street where my flatmate was waiting, I showed her the mug, notebook and keychain that I had bought for myself, and felt a little guilty when I remembered I was shopping for other people.

There was still a heavy fog over Salamanca and a little ahead, the open door of a shop let out a warm orange glow onto the cold grey cobblestones. We rushed inside and into a beautiful little dulcería where there were colourful stacks of sweets on the walls, and a table with an assortment of biscuits in the centre. A young girl in an apron and bright rosy cheeks sprang from nowhere and offered me a cookie with a warm chocolate cream. Thank you! I squealed delighted, spouting a fountain of crumbs.

Then I saw it, this year’s present from Spain. It was a small tin box, pretty, strong and yellow with red ribbon and a picture of Cibeles, with España in bold, white font. After eating the delicious content, it was something my mother could use again,  and she could display it in the kitchen and over time she could remember that it came from Spain where her daughter lived, and I would eventually forget that it once contained the world’s most expensive shortbread.

Soon it was time to pack. I threw piles of clothes into the open case to make a nest safe enough for the tin to travel back home unharmed. My flatmate picked up the tin from my desk.
It’s perfect. I said, admiring the beautiful, yellow thing that had put an end to my tiring search for a Spanish gift. Merry Christmas from Salamanca!

My flatmate looked up suddenly and frowned.

What is it? I asked her.

She turned the tin on its side, revealing it’s shiny silver belly. In the corner, in bold letters, were embossed the words: Made in France.

Well, I said finally, through curled lips and clenched teeth, it’s the thought that counts… 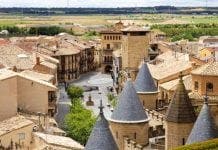 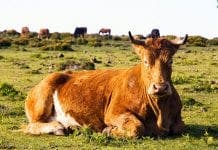 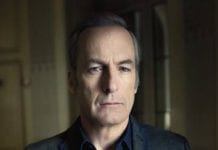