FALLING property prices in 2014 have set Spain’s ‘bad bank’ up for a second consecutive annual loss.

Experts believe that a cleanup of the country’s financial sector could take longer than planned as a result.

Sareb, the ‘bad bank’, holds €50 billion in land, buildings and loans inherited from other bailed-out banks during the crisis. It was set up in 2013 to supposedly put an end to Spain’s banking and property troubles.

After a first-year loss of €261 million in 2013, experts are predicting that 2014 will produce a similar result.

Now entering its third year, experts familiar with Sareb say they are worried that the continuous fall in property prices is eroding its capital, according to Reuters news agency.

In 2015, Sareb will outsource the management of most of its assets to new property company, in an attempt to sell more of its portfolio through their networks.

House sales are slowly increasing in Spain, though prices are still falling and have almost halved since 2008. 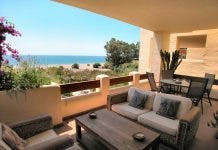