SNAP regional elections are all but certain to be announced in Andalucia today, following the fallout of the elections in Greece.

Head of the Junta Susana Diaz is expected to call the elections for March 22, with anti-corruption party Podemos currently topping the polls.

And with Syriza’s shock win in Greece it looks as though change may be on the cards for Spain too.

Last Thursday, Podemos leader Pablo Iglesias was a guest at one of Syriza’s meetings.

“Change in Greece is called Syriza, change in Spain is called Podemos,” he said. “Hope is coming. Onwards to victory with Syriza-Podemos.”

Since its creation last year, Podemos has taken a leading position in the polls, netting 28% of the vote in a recent survey.

Local elections are due to take place in May with the country’s general elections likely to place in December. 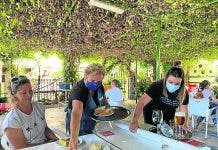